Countries Where Bitcoin Is Banned or Legal In 2021

When preparing to buy Bitcoin, one of your first steps should be to find out whether it is legal in your country or not. If you already know the state of your own country but are curious for the rest of them, read on! Bitcoin is not just legal or…

If you are looking to buy, sell, or spend Bitcoin, you should check if it is legal in your country.

In fact, there are many countries with different cryptocurrency regulations. Some of them even single out Bitcoin, allowing it to be used as money, pay taxes, purchase goods, or trade it like a commodity.

In other countries, even the mere possession of Bitcoin can get you to prison. Others have not even bothered to regulate it yet, leaving Bitcoin and other cryptos in legal limbo.

The legality of Bitcoin all over the world can be seen in this map:

Although it has had some chance to mature, in the grand scheme of the history of money, Bitcoin is still new. It may take a decade, or decades, before Bitcoin can fully replace the world’s money supply. With its increasing adoption and becoming legal tender, the once far-fetched idea of Bitcoin as the world’s currency is closer to becoming a reality.

This article will cover where Bitcoin and cryptocurrencies are

Disclaimer: Although this list is extensive, crypto regulations are often subject to change.

Countries where Bitcoin is banned

Bitcoin and cryptocurrencies are generally welcomed in most parts of the world. Nevertheless, some countries have actually banned them or their use. Whether bans were imposed due to Bitcoins decentralized nature, the threat to their current financial system or just because proper regulations are yet to be approved, there are at least nine countries that decided to do so. These are:

Countries where use of Bitcoin is legally restricted

In addition to the countries where BTC is banned, there are also countries where Bitcoin is somewhat restricted and cannot be traded or used for payment. In such states, banks and other financial service providers are prohibited from dealing with cryptocurrency exchanges and companies, and in more extreme cases the countries have even banned crypto exchanges (etc China).

Note that despite the bans and restrictions, these laws have not eradicated Bitcoin or other cryptocurrency trades and their usage. Due to the nature of decentralized cryptocurrencies, it is simply impossible to ban them. Many individuals in those countries still make use of sites like Local Bitcoins, Paxful or Bisq to trade it with others, as indicated by the trading volumes on these platforms.

This serves to prove that no government holds the power of truly ban Bitcoin unless they prohibit the usage of the internet for the entire nation.

Countries where Bitcoin is legal

On a positive note, research shows there are at least 111 states where Bitcoin and cryptocurrencies are recognized by law and are legal.

For instance, major countries like the United States and Canada hold a generally crypto-friendly attitude towards cryptocurrencies while also trying to enforce anti-money laundering laws and prevent fraud. Meanwhile, in the European Union, the member states are not allowed to launch their own cryptocurrency, but crypto exchanges are encouraged to be legalized and comply with the regulations.

As of August 2021, the most Bitcoin-friendly countries where BTC is legal are:

Antigua and Barbuda. A bill was passed to protect exchanges and crypto users. Bitcoin could become legal tender soon in the country as you can use Bitcoin to pay for citizenship. Australia. Bitcoin and other cryptocurrencies have been legal in the country since 2017 and are subject to Capital Gains Tax. Barbados. Cryptocurrencies operate legally in Barbados. Barbados has its own digital currency, DCash, that has been active in 2021. Belgium. Cryptocurrencies are a ‘miscellaneous income tax’. Crypto is not considered legal tender, even though it is recognized as a possible ‘alternative to money’. Bulgaria. Licenses are not required to engage in crypto businesses and they are treated as income from sale of financial assets. Cayman Islands. New laws have been passed regulating cryptocurrencies. They have favorable tax laws for businesses, including cryptocurrency businesses. Chile. Cryptocurrencies are under the country’s money policies. There are protections for cryptocurrency exchanges in Chile. Croatia. There is a tax-free threshold of 3800 HRK and a capital gains tax of 12%-18%. The government warns of the high risk nature of crypto. Dominica. Planning to test out a cryptocurrency, DCash, crypto outlook is positive in the country. There was a project to hand out Bitcoin to the population but had been canceled. Estonia. Crypto is considered virtual currency and have digital value as a payment method, although it is not considered legal tender. Finland. Crypto is legal and regarded as virtual currency. The Financial Supervisory Authority is the authority on virtual currencies. Germany. Crypto assets are allowed to be bought, sold and held as long as they are from a licensed institution. Indonesia. Cryptocurrencies have been legal in Indonesia since 2019. It is regarded as a commodity when trading and not as a payment method. Italy. Regarded as a virtual currency, cryptocurrencies are subject to corporate and personal income tax. Ireland. Crypto is regarded as virtual currency and is taxed differently based on several scenarios. Japan. Crypto assets are under the ‘miscellaneous income’ category. Lithuania. Lithuania became one of the first countries to have a framework regarding cryptocurrencies and taxation, with earnings up to 2500 euro considered tax free. Malta. Malta is known for being the home to some of the biggest cryptocurrency exchanges like Binance and OKEx because of their open stance when it comes to crypto. Mauritius. Their regulations are under the category of Digital Asset. Marshall Islands. The SOV, or sovereign, is the legal currency of the Marshall Islands and it’s powered by blockchain. New Zealand. Cryptocurrencies are compared to gold and subject to taxes. Norway. Cryptocurrencies are considered assets and taxed. Philippines. Cryptocurrencies are in the security and investment contract categories and are subject to regulations by the SEC. Any financial services that are related to cryptocurrencies, like exchanges, are subject to the guidelines of the Philippines Central Bank. Serbia. Crypto is regarded as a digital asset for taxes. Crypto services need a license. South Korea. Crypto is legal and subject to anti-money laundering laws while being closely regulated by the government. Financial institutions are required to report cryptocurrency transactions. Sweden. Trade in Bitcoin is regarded as a financial service. Gains are taxed as business income. Switzerland. As early as 2017, crypto was being accepted as payment by the Commercial Register Office. Institutions need licenses in order to operate cryptocurrencies. There are extensive regulations implemented with a very positive outlook on crypto as a whole. Ukraine. Crypto is classified as property in the country. It is the growing destination to several crypto businesses. United Kingdom. Exchanges need to fit certain FCA requirements. Bitcoin is ‘private money.’ United Arab Emirates. Considered a crypto-friendly country, UAE has its own Emirates Blockchain Strategy 2021, to move a majority of their transactions to blockchain and becoming a government powered by blockchain. United States. Crypto is subject to tax laws in the United States. It is regulated if the sale of securities involves cryptocurrencies. Uzbekistan. Crypto is now legal in the country. Income gained from cryptocurrencies is not taxed and exchanges need specific requirements and licensing to be in operation. Venezuela. Having created its own petroleum-backed cryptocurrency in 2017, Venezuela seemed like a prime candidate for widespread crypto adoption. It was declared illegal in 2018 and efforts to make it legal again came about in January 2020. Mining, which had been illegal and those who did it were charged, have had their charges dismissed. Cryptocurrency activities are now legal in Venezuela.

El Salvador. This is the only country so far that recognizes Bitcoin as legal tender. Before this action, it was recognized as the risk of the investor. Bitcoin investors should rejoice. Bitcoin as legal tender in any country is a huge event, one that deserves all the press it has been getting. El Salvador’s move could be a notable precedent in history if more and more countries begin to adopt Bitcoin in the future.

Countries where Bitcoin is neither legal nor illegal

Some countries still haven’t made their minds what to do with Bitcoin. In such cases, the usage of BTC is legal in the sense that you can own it, but there are no clear rules or legal protection concerning its status. These countries are either already creating a legal framework for Bitcoin and cryptocurrencies, or have taken a wait-and-see approach.

These “undecided” countries include:

Fears of widespread cryptocurrency crackdowns have had a long-standing effect on Bitcoin.

Because of that, many people are still wary of the trustless systems and rely on traditional banks instead.

Regardless, a growing number of governments choose to embrace digital innovation and play a role in the industry. At the same time jurisdictions which oppose the emerging industry are at risk of being left behind. Ironically, these countries already are some of the poorest nations in the world, and widespread Bitcoin and cryptocurrency crackdowns seem to yield no favorable results to improve the situation. Quite the contrary; embracing the cryptocurrency businesses with favorable regulations present an excellent opportunity to bring in innovation, capital, tax revenue and improve the living standard for the whole population.

You may also like to read: How to buy Bitcoin? 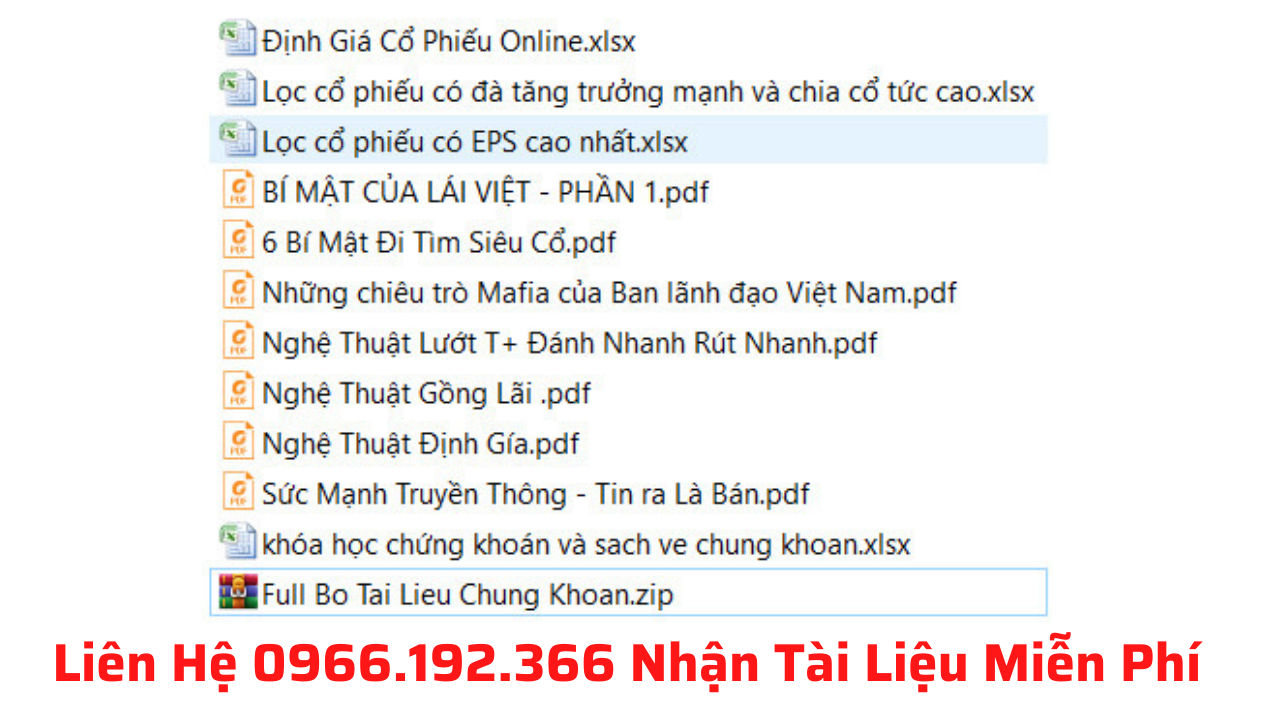 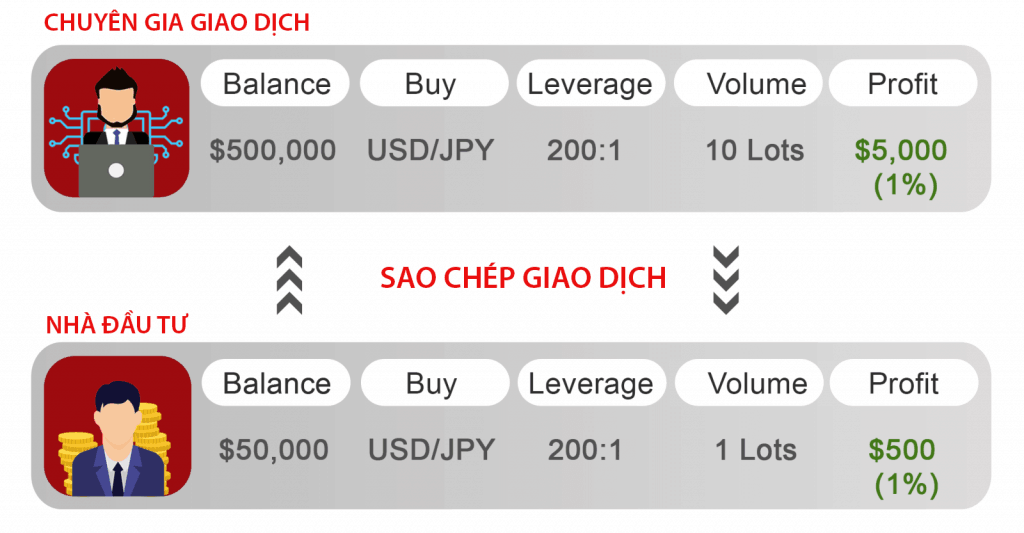 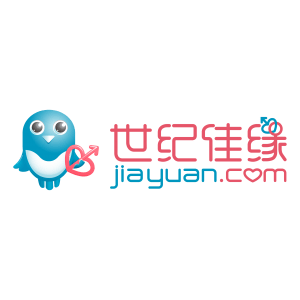