Bitcoin is a consensus network that enables a new payment system and a completely digital money. It is the first decentralized peer-to-peer payment network that is powered by its users with no central authority or middlemen. From a user perspective, Bitcoin is pretty much like cash for the Internet. Bitcoin can also be seen as the most prominent triple entry bookkeeping system in existence.

Bitcoin is the first implementation of a concept called “cryptocurrency”, which was first described in 1998 by Wei Dai on the cypherpunks mailing list, suggesting the idea of a new form of money that uses cryptography to control its creation and transactions, rather than a central authority. The first Bitcoin specification and proof of concept was published in 2009 in a cryptography mailing list by Satoshi Nakamoto. Satoshi left the project in late 2010 without revealing much about himself. The community has since grown exponentially with many developers working on Bitcoin.

Satoshi’s anonymity often raised unjustified concerns, many of which are linked to misunderstanding of the open-source nature of Bitcoin. The Bitcoin protocol and software are published openly and any developer around the world can review the code or make their own modified version of the Bitcoin software. Just like current developers, Satoshi’s influence was limited to the changes he made being adopted by others and therefore he did not control Bitcoin. As such, the identity of Bitcoin’s inventor is probably as relevant today as the identity of the person who invented paper.

Who controls the Bitcoin network?

Nobody owns the Bitcoin network much like no one owns the technology behind email. Bitcoin is controlled by all Bitcoin users around the world. While developers are improving the software, they can’t force a change in the Bitcoin protocol because all users are free to choose what software and version they use. In order to stay compatible with each other, all users need to use software complying with the same rules. Bitcoin can only work correctly with a complete consensus among all users. Therefore, all users and developers have a strong incentive to protect this consensus.

How does Bitcoin work?

From a user perspective, Bitcoin is nothing more than a mobile app or computer program that provides a personal Bitcoin wallet and allows a user to send and receive bitcoins with them. This is how Bitcoin works for most users.

Behind the scenes, the Bitcoin network is sharing a public ledger called the “block chain”. This ledger contains every transaction ever processed, allowing a user’s computer to verify the validity of each transaction. The authenticity of each transaction is protected by digital signatures corresponding to the sending addresses, allowing all users to have full control over sending bitcoins from their own Bitcoin addresses. In addition, anyone can process transactions using the computing power of specialized hardware and earn a reward in bitcoins for this service. This is often called “mining”. To learn more about Bitcoin, you can consult the dedicated page and the original paper.

Is Bitcoin really used by people?

Yes. There are a growing number of businesses and individuals using Bitcoin. This includes brick-and-mortar businesses like restaurants, apartments, and law firms, as well as popular online services such as Namecheap and thenxtcoin.com. While Bitcoin remains a relatively new phenomenon, it is growing fast. As of May 2018, the total value of all existing bitcoins exceeded 100 billion US dollars, with millions of dollars worth of bitcoins exchanged daily.

How does one acquire bitcoins?

While it may be possible to find individuals who wish to sell bitcoins in exchange for a credit card or PayPal payment, most exchanges do not allow funding via these payment methods. This is due to cases where someone buys bitcoins with PayPal, and then reverses their half of the transaction. This is commonly referred to as a chargeback.

How difficult is it to make a Bitcoin payment?

Bitcoin payments are easier to make than debit or credit card purchases, and can be received without a merchant account. Payments are made from a wallet application, either on your computer or smartphone, by entering the recipient’s address, the payment amount, and pressing send. To make it easier to enter a recipient’s address, many wallets can obtain the address by scanning a QR code or touching two phones together with NFC technology. 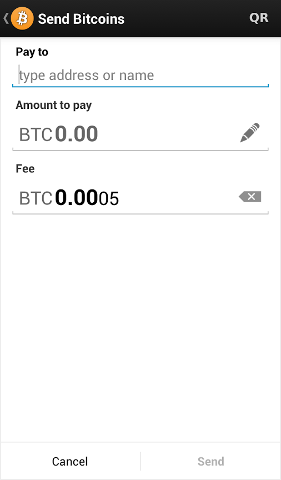 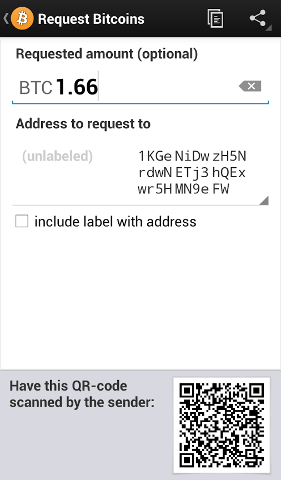 What are the advantages of Bitcoin?

What are the disadvantages of Bitcoin?

Why do people trust Bitcoin?

Much of the trust in Bitcoin comes from the fact that it requires no trust at all. Bitcoin is fully open-source and decentralized. This means that anyone has access to the entire source code at any time. Any developer in the world can therefore verify exactly how Bitcoin works. All transactions and bitcoins issued into existence can be transparently consulted in real-time by anyone. All payments can be made without reliance on a third party and the whole system is protected by heavily peer-reviewed cryptographic algorithms like those used for online banking. No organization or individual can control Bitcoin, and the network remains secure even if not all of its users can be trusted.

Can I make money with Bitcoin?

You should never expect to get rich with Bitcoin or any emerging technology. It is always important to be wary of anything that sounds too good to be true or disobeys basic economic rules.

Bitcoin is a growing space of innovation and there are business opportunities that also include risks. There is no guarantee that Bitcoin will continue to grow even though it has developed at a very fast rate so far. Investing time and resources on anything related to Bitcoin requires entrepreneurship. There are various ways to make money with Bitcoin such as mining, speculation or running new businesses. All of these methods are competitive and there is no guarantee of profit. It is up to each individual to make a proper evaluation of the costs and the risks involved in any such project.

Is Bitcoin fully virtual and immaterial?

Bitcoin is as virtual as the credit cards and online banking networks people use everyday. Bitcoin can be used to pay online and in physical stores just like any other form of money. Bitcoins can also be exchanged in physical form such as the Denarium coins, but paying with a mobile phone usually remains more convenient. Bitcoin balances are stored in a large distributed network, and they cannot be fraudulently altered by anybody. In other words, Bitcoin users have exclusive control over their funds and bitcoins cannot vanish just because they are virtual.

Bitcoin is designed to allow its users to send and receive payments with an acceptable level of privacy as well as any other form of money. However, Bitcoin is not anonymous and cannot offer the same level of privacy as cash. The use of Bitcoin leaves extensive public records. Various mechanisms exist to protect users’ privacy, and more are in development. However, there is still work to be done before these features are used correctly by most Bitcoin users.

Some concerns have been raised that private transactions could be used for illegal purposes with Bitcoin. However, it is worth noting that Bitcoin will undoubtedly be subjected to similar regulations that are already in place inside existing financial systems. Bitcoin cannot be more anonymous than cash and it is not likely to prevent criminal investigations from being conducted. Additionally, Bitcoin is also designed to prevent a large range of financial crimes.

What happens when bitcoins are lost?

When a user loses his wallet, it has the effect of removing money out of circulation. Lost bitcoins still remain in the block chain just like any other bitcoins. However, lost bitcoins remain dormant forever because there is no way for anybody to find the private key(s) that would allow them to be spent again. Because of the law of supply and demand, when fewer bitcoins are available, the ones that are left will be in higher demand and increase in value to compensate.

Can Bitcoin scale to become a major payment network?

The Bitcoin network can already process a much higher number of transactions per second than it does today. It is, however, not entirely ready to scale to the level of major credit card networks. Work is underway to lift current limitations, and future requirements are well known. Since inception, every aspect of the Bitcoin network has been in a continuous process of maturation, optimization, and specialization, and it should be expected to remain that way for some years to come. As traffic grows, more Bitcoin users may use lightweight clients, and full network nodes may become a more specialized service. For more details, see the Scalability page on the Wiki. 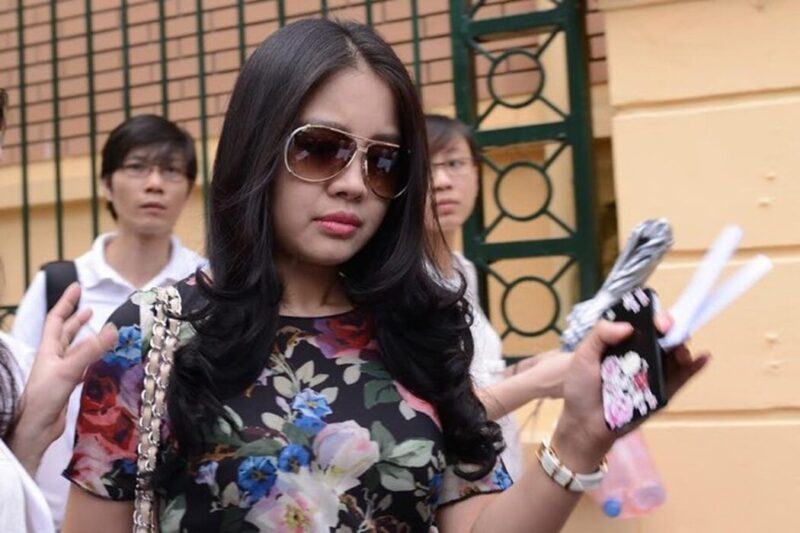